In Indonesia it is estimated that the number of adolescents reaches 65 million or 25% of the 225 million population. It is proven that Indonesia ranks 37th after Cambodia. The 2013 Indonesian Demographic and Health Survey (IDHS), women aged 15-19 years who married in urban areas increased to 21%. While what happened in the countryside about young marriage was decreased to 24.5%. The purpose of this research is to reduce the incidence of early marriage in the village of Tembung. This type of research is descriptive analytic to determine the relationship of information sources, culture and family with early marriage to  women in Tembung village, Percut Sei Tuan district. The population in this study was 105 women. The results showed that there was a significant relationship between sources of information and early marriage among women in Tembung village of Percut Sei Tuan sub-district (p-value = 0.020). There was a significant relationship between family and early marriage women in Tembung village of Percut Sei Tuan sub-district in (p-value = 0.010). While culture does not have a significant relationship. The conclusion of this research is that the source of information. It is recommended to families and health workers to socialize about adolescent processes and developments according to their age so that the incidence of early marriage can be reduced 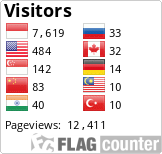